The amount of heat trapped by the Earth has doubled since 2005, contributing to faster warming of the oceans, air and land.

by InterArtix.com
in Science and Research 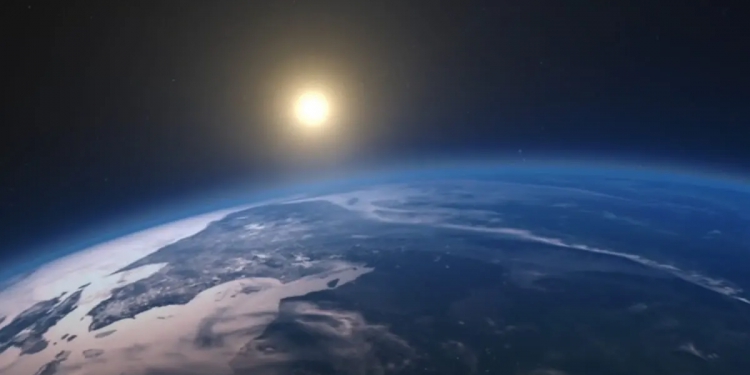 A joint study by NASA and the National Oceanic and Atmospheric Administration (NOAA), has discovered that there is an energy imbalance that has caused since 2005 the Earth has doubled the amount of heat that traps part of the sun.

The Earth absorbs about 240 watts per square meter of solar energy. At the beginning of the period of the study, in 2005, approximately 239.5 watts radiated, creating a positive balance of about half a watt. In the end, in 2019, that gap had almost doubled to about 1 full watt per square meter.

The Earth’s climate is determined by a delicate balance between the amount of radiative energy from the Sun that is absorbed in the atmosphere and at the surface, and the amount of thermal infrared radiation that the Earth emits into space. This energy imbalance has caused the Earth’s atmospheric system to gain energy, causing the planet to heat up. According to the results of a study published June 15 in Geophysical Research Letters.

“The magnitude of the increase is unprecedented,” said Norman Loeb, a NASA scientist and lead author of the study, which was published this week in the journal Geophysical Research Letters. “The Earth is warming faster than expected.”

Scientists from NASA and NOAA compared data from two independent measurements. NASA’s Clouds and the Earth’s Radiant Energy System (CERES) satellite sensor suite. Using this satellite data, the researchers measured what is known as Earth’s energy imbalance – the difference between how much energy the planet absorbs from the Sun and how much it is capable of spewing or radiating back into space.

When there is a positive imbalance – the Earth absorbs more heat than it loses – it is a first step toward global warming, said Stuart Evans, a climate scientist at the University at Buffalo. “It is a sign that the Earth is gaining energy.”

That imbalance practically doubled between 2005 and 2019, according to the study. “It’s a huge amount of energy,” said Gregory Johnson, an oceanographer at NOAA’s Pacific Marine Environmental Laboratory and a co-author of the study. Johnson said the increased energy is equivalent to four detonations per second from the atomic bomb dropped on Hiroshima, or each person on Earth using 20 electric kettles at a time. “It is such a difficult number to understand.”

The researchers measured what is known as Earth’s energy imbalance – the difference between how much energy the planet absorbs from the Sun and how much it is capable of spewing or radiating back into space.

Increase in Greenhouse Gases would help

The study finds that the doubling of the imbalance is in part the result of an increase in greenhouse gases due to human activity, also known as anthropogenic forcing, along with increases in water vapor that trap more long-wave radiation. overhang, further contributing to the Earth’s energy imbalance. Additionally, the related decrease in clouds and sea ice leads to greater absorption of solar energy.

The researchers also found that a change in the Pacific Decadal Oscillation (PDO) from a cold phase to a warm phase likely played an important role in intensifying the energy imbalance. The PDO is a pattern of climate variability in the Pacific. Its fingerprint includes a huge wedge of water in the eastern Pacific going through warm and cold phases. This naturally occurring internal variability in the Earth system can have far-reaching effects on weather and climate. An intensely warm PDO phase that began around 2014 and continued through 2020 led to a widespread reduction in cloud cover over the ocean and a corresponding increase in solar radiation absorption.

2020 competes with the warmest year on record, which approaches the Earth to a critical climate threshold

Data from a global set of ocean floats, called Argo, allow an accurate estimate of the rate at which the world’s oceans are warming. Since approximately 90 percent of excess energy from an energy imbalance ends up in the ocean, the overall trends in incoming and outgoing radiation should generally coincide with changes in the ocean’s heat content.

The period studied overlapped with fluctuations in climate that may have played a significant role in the acceleration, including a strong El Niño event from 2014 to 2016, which led to unusually warm waters.

But, Johnson says, that doesn’t set humans free. “We are responsible for part of that,” he said. It’s just not clear how much.

The study points to a decrease in cloud cover and sea ice, which reflect solar energy back into space, and an increase in human-emitted greenhouse gases, such as methane and carbon dioxide, as well. like water vapor, they trap more heat on Earth, as imbalance factors. But it’s difficult to distinguish human-induced changes from cyclical variations in climate, the researchers said.

Loeb cautions that the study is only a snapshot regarding long-term climate change and that it is not possible to predict with certainty what the next few decades will look like for balancing Earth’s energy budget. However, the study concludes that unless the rate of heat absorption decreases, climate changes greater than those already occurring should be expected.

“The long and highly complementary recordings of Argo and CERES have allowed us to determine the Earth’s energy imbalance with increasing precision and study its variations and trends with increasing perception as time passes.” said Gregory Johnson, a co-author of the study and a physical oceanographer at the National Oceanic and Atmospheric Administration’s Pacific Marine Environment Laboratory in Seattle, Washington. “Observing the magnitude and variations of this energy imbalance is vital to understanding Earth’s changing climate.”

Kevin Trenberth, a distinguished scholar at the National Center for Atmospheric Research, said the study’s results are not particularly surprising given these climatic variations. But 15 years is not long enough to set a trend, he said.

“He certainly would like to see another 10 years or so to see how this plays out,” he said. “The question is: Will this continue?”

That’s also unclear, Johnson said. The imbalance could narrow in some years compared to others, he said, but the overall trajectory appears to be upward, especially if the Pacific Decadal Oscillation remains in a warm phase.

“The more we look at it,” he said, “the more certain we are of the trend.”

The amount of heat trapped by the Earth has doubled since 2005, contributing to faster warming of the oceans, air...